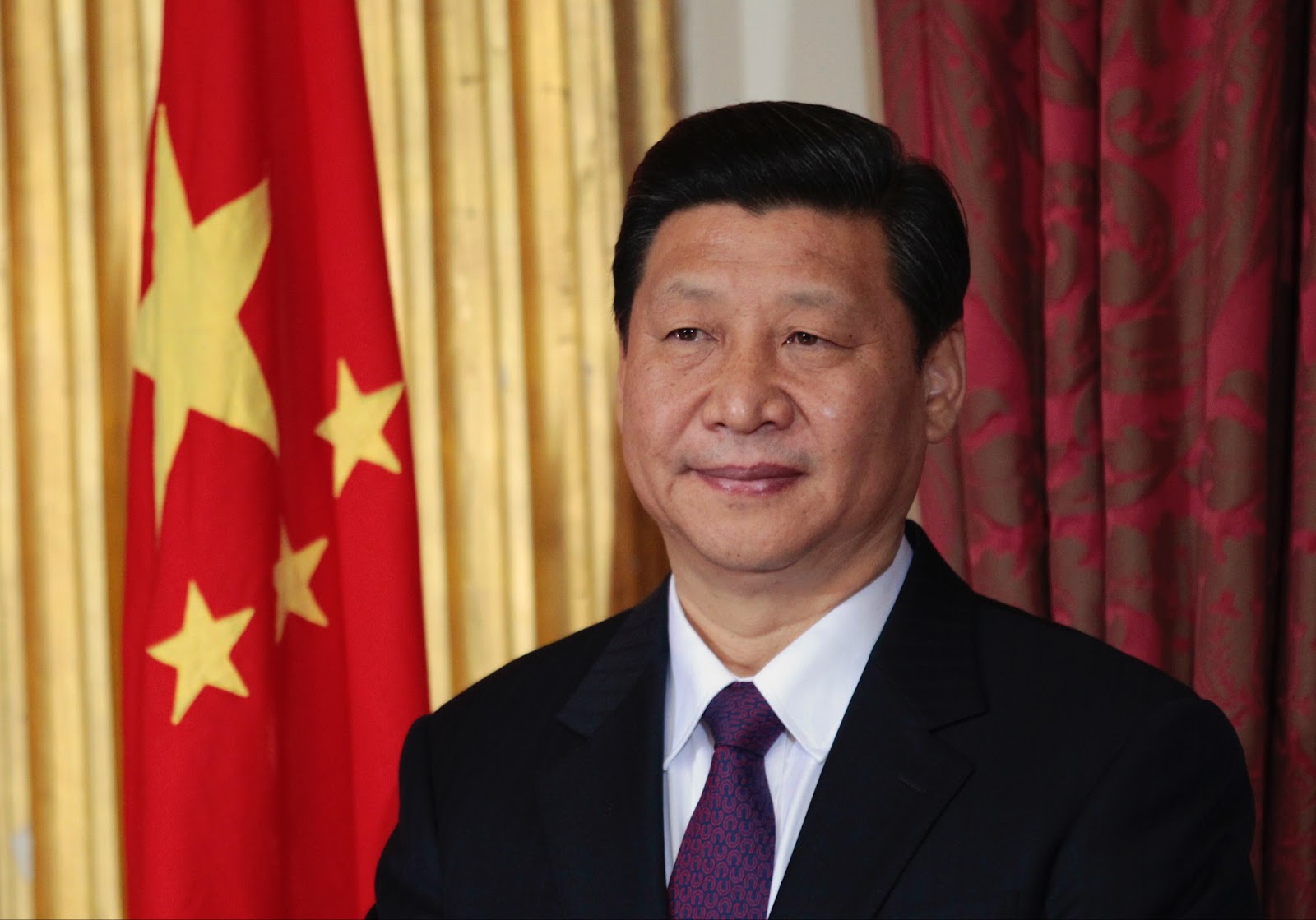 Why is Xi’s heat level hot?

Answer: The security pact between China and the Solomon Islands has sparked international concern over the first potential Chinese military foothold in the Pacific region.

After failing to establish a military foothold in Vanuatu and Papua Guinea in 2018, Xi has turned to the Solomon Islands and managed to sign a security agreement with the country in April 2022. The first bilateral security agreement between China and a Pacific country immediately sparked international concern, especially from the US, Australia, and New Zealand, all of whom now shift more attention to the Solomon Islands to counter the Chinese influence. Australia has increased its aid to the country and offered to help fund the national election which was outright rejected by the Prime Minister Sogavare. The Biden administration is enhancing diplomatic relations by planning to open an embassy for the first time in three decades in the Solomon Islands. New Zealand, which used to maintain a neutral position on China among the western alliance, is now expressing concern over Beijing’s military presence and a potential militarization of the region.

It is of utmost concern for the West that the pact could lay groundwork for Xi to build the first military base in the Solomon Islands, which is of geostrategic importance to Australia and the US. A potential Chinese military foothold in the archipelago allows Beijing to increase its naval power projection and brings Chinese military firepower closer than ever to Australian and US territory. In case of conflict, China could easily stifle transit between Australia and the US.

Amidst the tensions, Xi and Sogavare firmly stated that there is not any military base in the security pact. However, the credibility of this reassurance is undermined by the widespread corruption in the country. Under the close watch of the international community, Xi will not overtly construct a military base in the Solomon Islands but rather gradually send troops and police to the country in the name of “maintaining peace and security”, which is similar to China’s approach in Cambodia. In June 2022, China upgraded its naval base in Cambodia despite Xi’s assurances to the contrary, allowing Chinese armed forces to operate in the Gulf of Thailand and South China Sea.

The agreement with the Solomon Islands is a significant success for Xi and fuels his heat level. The deal allows Xi, for the first time, to establish China’s security presence in the South Pacific and would encourage other island countries to consider a security alliance with China. After the Solomon Islands, a potential security partner with China is Kiribati, which has pulled out of the Pacific Island Forum and officially recognized Beijing.

Who is changing Xi’s temperature?

Answer: Many countries in the Pacific region still recognize Taiwan instead of China, putting Xi under pressure to strengthen China’s position and presence there.

Within the Solomon Islands, Xi wants to use the pact to consolidate his One China policy and help Sogavare stay in power. Although the Solomon Islands officially shifted recognition from Taiwan to China in 2019, there are still many people protesting Sogavare’s decision. Malaita, the most populous island in the archipelago with a strong support for Taiwan, sparked violent protests over Sogavare’s backing for Beijing in November 2021. The opposition promises to terminate the agreement with China if they win the election. The security agreement enables Xi to send police and military troops to the country and help Sogavare suppress political opposition, clamp down on protests, and “maintain social order”.

On a regional scale, Xi wants to use the China-Solomon Islands agreement to encourage other island countries to move from the West and establish a security alliance with China. The South Pacific is a key for China because it is home to one third of Taiwan’s allies. Since Nauru broke ties with Taiwan in 2002, no island countries had switched its diplomatic alliances until the Solomon Islands recognized China in 2019. Xi wants to use the China-Solomon security agreement to showcase to other Pacific countries the major benefits they could obtain by moving away from Taiwan and establishing diplomatic ties with China. That is the reason why Xi has accelerated his chequebook policy with flashy infrastructure investments, such as the construction of a sports stadium and 161 telecommunications towers in the archipelago. Although Australia and the US are among one of the largest aid providers, people in the Solomon Islands said the infrastructure aid from China tends to be more ostentatious and “visible”.

What is driving Xi?

Answer: The security pact bolsters Xi’s ambition of spreading One China policy and imposing China’s system in the South Pacific.

Both Beijing and Honiara refused to disclose the terms and conditions of the security pact. The leaked draft of the agreement in March 2022 reveals that Chinese military personnel, police, and other law enforcement forces can have significant access to the archipelago, as a way of stabilising the situation in the country and protecting Chinese diplomats, residents, and businesses there. However, this is a pretext to conceal Xi’s ambition of spreading One China policy and imposing its security apparatus in the island country, which is mainly conducted via infrastructure aid and security cooperation.

First, Xi strives to expand China’s influence via massive infrastructure aid. Following the security agreement, Xi generously granted a $66m loan to Sogavare’s government for the construction of 161 mobile communication towers, which will be conducted by Huawei. The project is expected to increase the internet penetration for public service institutions, schools and clinics in the archipelago. The telecoms deal is a big blow to Australia, which has issued a ban on Huawei and was reassured by Sogavare that “Canberra remained the country’s top partner”. Other flashy infrastructure aid of Xi include a $66 million grant to build a sports stadium for the upcoming Pacific Games and $33 million for a new wing of the university in Honiara.

Second, Xi is also pushing forward security cooperation with Sogavare. Soon after the security agreement, police training with China was conducted in the Solomon Islands by the Ministry of Public Security (MPS), which is a state organ in charge of monitoring journalists and dissidents in China. It is likely that MPS will assist Sogavare in establishing a surveillance system and silencing dissidents, as how it helped the Malaysian government before. In 2016, MPS accepted Malaysia’s request and conducted a full operational surveillance of Wall Street Journal reporters who investigated Malaysian corruption in Hong Kong. In addition, China and the island nation are planning a Beijing-funded training center in Honiara and a new police academy. The deal facilitates China’s presence in the executive power of the archipelago by allowing Chinese law enforcement officers to work within the islands’ police force.

In short, using the reason for protecting Chinese residents and investment abroad, Xi has increased Chinese presence in the Solomon Islands with massive infrastructure aid and security cooperation. The international community is afraid that the expanded Chinese influence in local policing and the Huawei deal could pave the way for Chinese surveillance systems in the archipelago. However, Xi will not overtly intervene in the political affairs of the country but rather gradually gain traction and impose the surveillance system. The recent censorship over the Pacific nation’s public broadcaster by Sogavare, to protect people from “misinformation and lies” is similar to media policies of the Communist Party in China.

What does this mean for you?

Answer: The security pact opens the door for a military base rather than just a civilian infrastructure.

The China-Solomon Islands security agreement follows China’s roadmap of economic development in the Pacific Island region, which is important to Xi’s Belt and Road Initiative. The pact strengthens relations between the two countries, with the Solomon Islands receiving increased loans and China expanding its geopolitical presence in the region. In the future, if the Solomon Islands defaults on the loan, Xi can use this debt trap to force the country to cede control of key assets to China, as exemplified in the case with Sri Lanka. If the Solomon Islands default on their loans, China could use this lever to establish the first Chinese military base in the South Pacific. The security pact hence opens the door for a military base rather than just a civilian infrastructure.