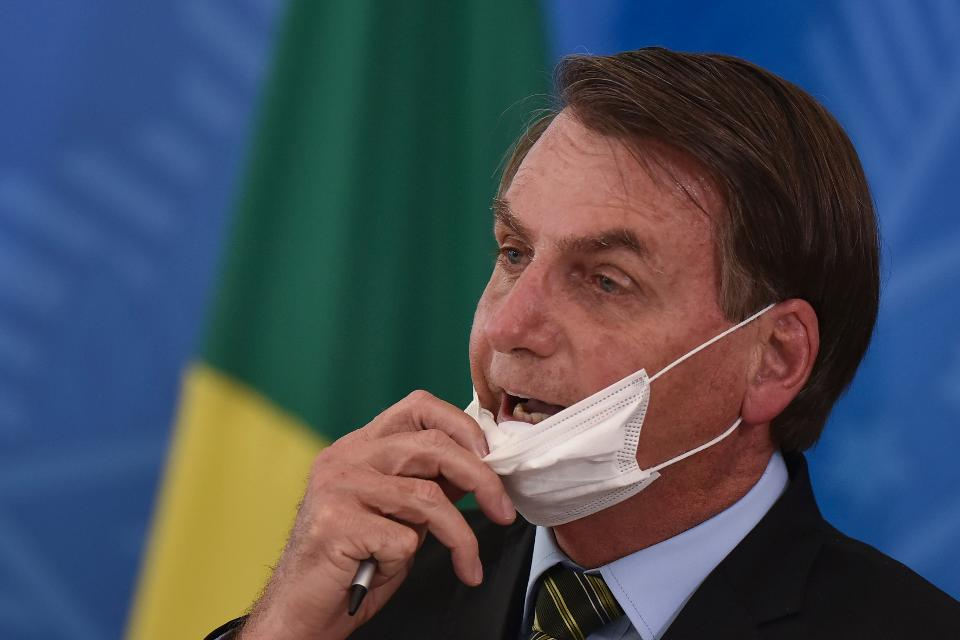 Why is Bolsonaro’s heat level chilly?

Answer: Brazilian President Jair Bolsonaro has done almost nothing to protect Brazilians against the COVID-19 pandemic. He has denounced social distancing, refused to issue stay-at-home orders, and downplayed the severity of the virus with little to no push back.

When COVID-19 was first confirmed to have reached Brazil, no preparatory action had been taken by Bolsonaro. The first case of the Coronavirus arrived in Rio de Janeiro on the 26th of February when a tourist came back from vacation in Northern Italy. At this point, most of the world was convinced the coronavirus was just a flu that only affected those over sixty years old and those with preexisting health conditions. Bolsonaro is holding tightly to this misconception and is refusing to take appropriate action to combat the virus.

Bolsonaro himself claimed to be practically immune to the symptoms of the Coronavirus because of his “athletic history.” He claimed that while in his sixties, he is strong enough to feel no more than a “little cold.” With the death toll confirmed to include thousands of people worldwide, ranging in all ages and health conditions, Bolsonaro’s claim is rooted in practically no evidence. Denying science and statistics is a theme he has maintained in his response to the pandemic.

In early March, global media underwent 48 hours of confusion when Eduardo Bolsonaro, the President’s third son and federal deputy, told FOX News that his father had tested positive with COVID-19 after a meeting with US Vice President Mike Pence and First Daughter Ivanka Trump. The news of Bolsonaro contracting the virus broke out over the internet and Brazilian media. The Bolsonaro family then attacked the media, calling them “Fake News.” They accused FOX News of lying and Eduardo Bolsonaro claimed to have never told FOX anything. Within the same 48 hours, it was announced that Brazil’s President had tested negative after a second test. Confusion surrounding the virus is not unique to this case, its characteristic of Bolsonaro’s response to the pandemic.

There are leaders in the Brazilian government with enough autonomy such as mayors, governors, and congress people to issue their own responses to the virus. However, Bolsonaro is determined to keep Brazil open. He has dismissed lockdown measures taken across Brazil as inciting “hysteria” or being “job killers.” Through social media campaigns and public rallies pushing the message “Brazil cannot close,” Bolsonaro has undermined (effectively frozen) the public health efforts made by the government.  For example, on the 15th of March in São Paulo, Bolsonaro held a rally where he downplayed the virus as a gripeziha or just a cough. While there, he was recorded to have touched around 272 supporters. Social distancing is being enforced in São Paulo, but those practices went out the window when Bolsonaro’s supporters squeezed shoulder to shoulder to get closer to the president.

Another anti-lockdown rally took place on the 19th of April in Brasilia, the nation’s capital, where Bolsonaro appeared on top of a white pickup truck chanting with supporters and repeatedly coughing. Many questioned his health but the main concern was the message protesters were sending. Some signs read “military intervention with Bolsonaro in power,” several others chanted support for military action against the governors issuing stay-at-home orders. Some protesters were even calling for the establishment of a military dictatorship. The idea of the military taking over and establishing a dictatorship has crossed Bolsonaro’s mind before. He has a record of making statements conveying nostalgia for the military dictatorship that ruled Brazil from the 1960s until the 1980s. Now, with supporters sharing his sentiments and chanting his name, Bolsonaro’s heat levels could soar to dangerous temperatures.

Who is changing Bolsonaro’s temperature?

Answer: Brazilians are frustrated with the current situation in their country. Some Brazilians side with Bolsonaro and believe lockdown is more dangerous than the virus, while others are protesting him, demanding action be taken to ensure public health.

Bolsonaro has made it clear throughout his political career that he believes a violent dictatorship is effective in providing solutions for Brazil.

“The situation of the country would be better today if the dictatorship had killed more people.”

“The dictatorship’s mistake was to torture but not kill.”

He has also made clear that he holds disdain towards democracy, claiming it is ineffective and unnecessary.

“You’ll never change anything in this country through voting. Nothing. Absolutely nothing.”

“I will not accept an election result that is not my own victory.”

Rhetoric of this nature is dangerous to Brazil’s democratic establishment. Bolsonaro has spoken like this for decades and continues to do so today. Consequently, during the COVID-19 pandemic, his rhetoric has proven to be exceptionally destabilizing. Protests against stay-at-home orders have emerged and appear to double as rallies in support of Bolsonaro. However, many complying with the lockdown are protesting against Bolsonaro via social media, posting signs on windows, and banging pots and pans from balconies screaming Fora Bolsonaro! or Get out, Bolsonaro!’ 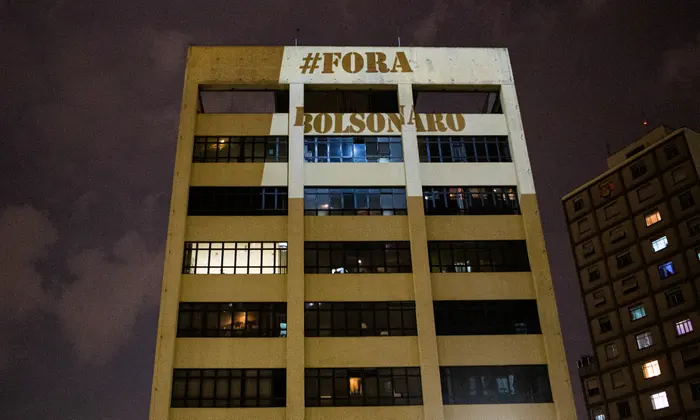 Further unrest was stoked when earlier this month, Brazil’s Health Minister Luiz Henrique Mandetta was fired because he and Bolsonaro clashed over lockdown measures. Mandetta urged people to social distance and stay inside which Bolsonaro blatantly disagreed with. After Mandetta was coldly handed his resignation by the president, many of the anti-Bolsonaro protests started. The removal of Minister Mandetta is telling of how Bolsonaro handles internal opposition in his government and what he expects from those around him.

Notably, Justice Minister Sérgio Moro has also recently resigned because he alleged that Bolsonaro tried to fire Maurício Valeixo, the head of the federal police. Moro alleged that Bolsonaro wanted to replace him with someone that would provide him with “confidential reports and take investigative requests.” This would eliminate the political independence the federal police are supposed to maintain in Brazil. Unfortunately, since the resignation of Moro, Bolsonaro has been able to fire Valeixo. Now, a new Justice Minister and head of federal police must be appointed. Avid protests and opposition to Bolsonaro emerging across the nation have caused these processes to be delayed by pressing the Supreme Court to investigate allegations of corruption and obstruction of justice by Bolsonaro.

What is driving Bolsonaro?

Answer:  Bolsonaro has stated several times that he supported the military dictatorship of the twentieth century in Brazil. He claims it was very effective and believes its practices should be reinstated. The COVID-19 pandemic could be a segway for him to form such a government.

Bolsonaro is interpreting the fear and uncertainty surrounding the Coronavirus pandemic as an opportunity to alter the state of the government into his military-controlled vision. People are looking for sweeping action to solve the issue, either eradicating the virus or ending the lockdown, and Bolsonaro has promised visible change ever since his campaign. The creation of a military dictatorship, or at least a substantial departure from democracy, is only one part of the chilling changes Bolsonaro has in mind.

In addition, Bolsonaro is in fear of the decline of his administration. The Coronavirus has fueled some pro-military dictatorship sentiments that Bolsonaro is hoping to build off of. However, his failure to implement public health measures to contain the spread of COVID-19, has sparked protests that are beginning to outnumber the demonstrations supporting him. Politicians at all ends of the spectrum are pressuring Bolsonaro to appropriately address the virus. Disapproval over his government has increased steadily in recent months, pressuring Bolsonaro to take significant action. Nevertheless, recent developments have made it obvious that Bolsonaro is taking this opportunity to realize his authoritarian dream. 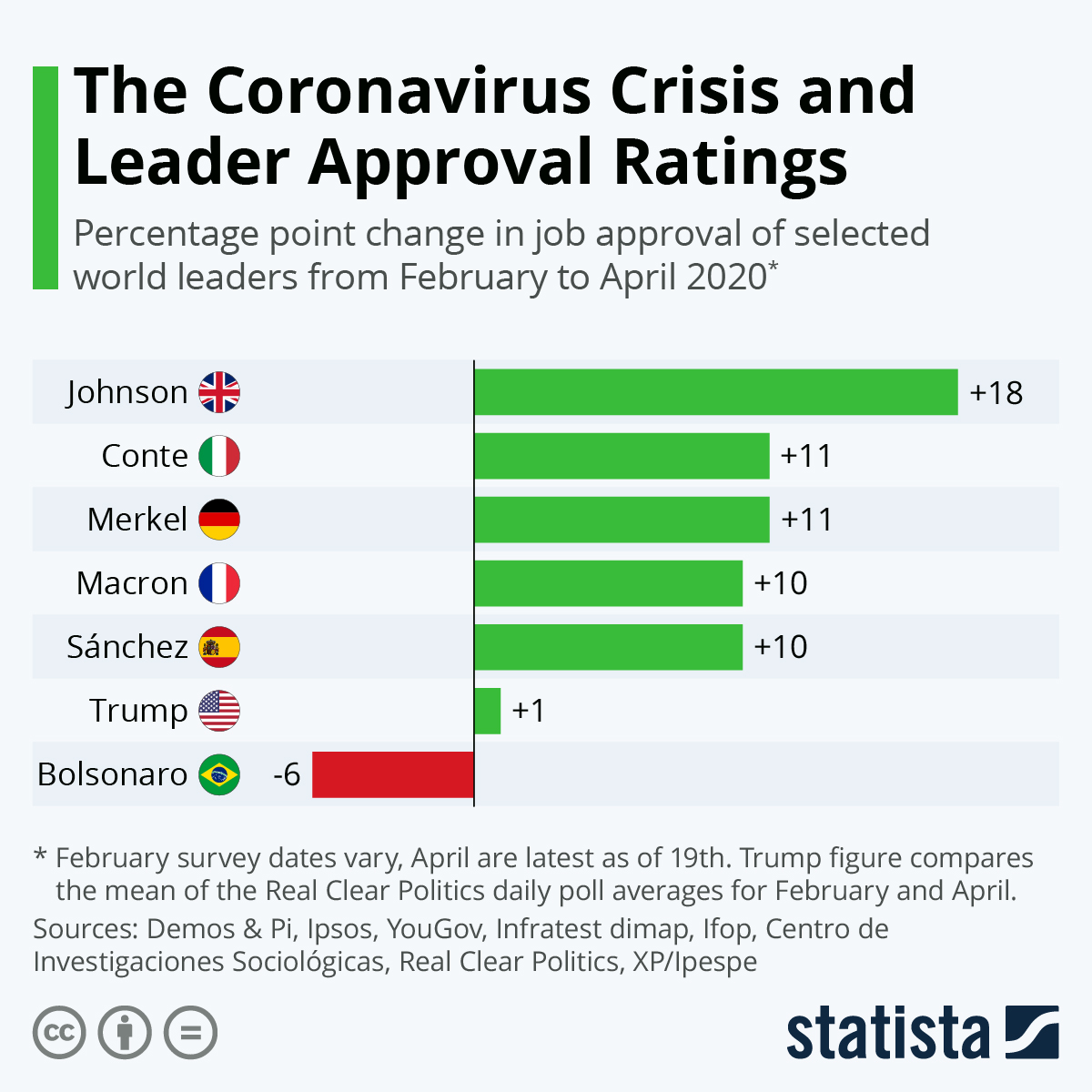 What does this mean for you?

Answer: Due to a large decrease in popularity resulting from Bolsonaro’s COVID response, many have speculated that the global pandemic might lead to Bolsonaro’s removal or the realization of his authoritarian dream; far from the only leader to do so.

Under immense pressure to preserve his administration, Bolsonaro has found an unlikely ally and role model in Hungary’s Prime Minister Viktor Orbán.

Due to COVID-19, Orbán has declared a ‘State of Emergency’ in Hungary. In this situation, the power of the parliament is reserved to Orbán, giving him absolute control until he deems the ‘State of Emergency’ over. Eduardo Bolsonaro said to Orbán, “I despise political correctness and I want to learn how you’ve done away with it.” It is clear Bolsonaro envies Orbán’s ability to freeze his political constraints. However, the difference between Bolsonaro and Orbán lies in their activity prior to assuming their current offices. Orbán has been a very active elected official, continuously chipping away at democracy in almost everything he did.  Orbán conquered political power in their legislature upon taking office in 2010 and went on to rid the judiciary of legal competency.  The culmination of his career-long efforts and the perfect timing of a global pandemic, have presented Orbán with the opportunity to manifest complete control. Bolsonaro, on the other hand, lacks the groundwork in Brazil that Orbán managed to lay. Brazil’s Supreme Court still reserves several powers over the executive and the National Congress maintains autonomy in Brazil’s balanced three-branch system. Bolsonaro will be met with intense resistance from the judiciary, the legislature, and those who do not side with him in the executive should he attempt to achieve what Orbán has in Brazil’s current climate.

Bolsonaro’s approval rating has been below freezing even prior to the Coronavirus pandemic. With rising dissatisfaction over his handling of the Coronavirus and accusations of political meddling, Bolsonaro is facing a difficult situation. The pressure mounting from his supporters to produce the change he promised and the outcry from Brazilians fearful of the Coronavirus have turned up the heat on his decision making. Over the course of the previous month, Bolsonaro has made several decisions suggesting that he is working towards a similar government to Hungary’s Viktor Orbán — seizing more power under the executive — but maintaining the Bolsonaro vision: increased military intervention. The citizens of Brazil are aware this is happening and so is the Supreme Court. If calls for resignation don’t remove him from office, a lengthy and divisive impeachment process is speculated to be in Brazil’s future.  If Bolsonaro wants to preserve his administration, addressing the pandemic in his nation would be a good first step; not taking authoritarian action would be a strong second.