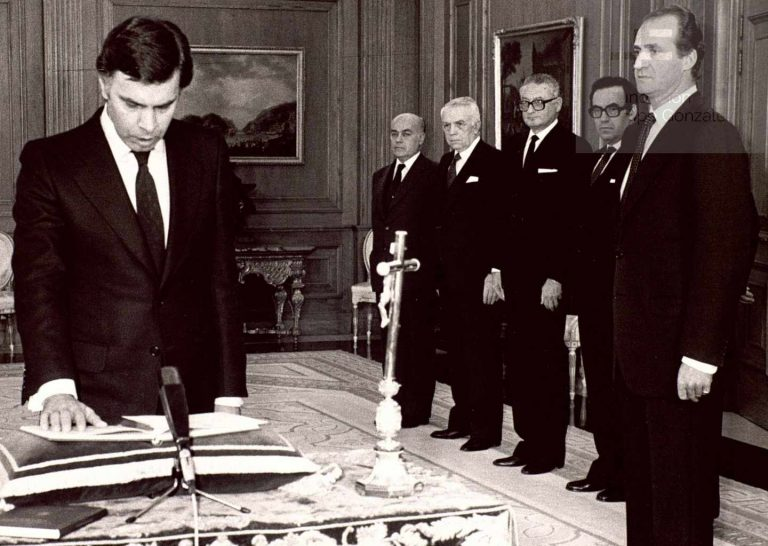 Many times I find it difficult to understand certain behaviours society or an individual shows after the implementation of a policy, a law, or after a specific event. Therefore, I have endeavoured to understand “the why” of many actions and the answer to my doubts is history. Studying history helps understand many behaviours of the present.

Nevertheless, to be able to learn from history you have to study it from another point of view. In other words, it is important to understand the politics, culture, and ethics of that time in order to be able to assess the past fairly. It seems simple, however, most of the dilemmas that exist today regarding our history are caused by judging acts of the past with current values.

Currently, democracy is considered the best form of government that exists since it includes fundamental practices, procedures, and values that provide freedom for citizens. In other words, democracy is the institutionalization of freedom. However, democracy in Spain is relatively young. It started about 36 years ago. Moreover, this entry into democracy had great consequences, most of them positive, both internally and at the international level.

Adolfo Suarez was in charge of starting the talks with the main leaders of the different political parties of the opposition in order to establish a democratic regime in Spain. He led the Union of the Democratic Centre and won the 1977 general elections. Furthermore, in that year he managed to establish a norm, the Law for Political Reform, which contained the tacit repeal of the existent political system in only five articles and a call for democratic elections. After calling the first elections, since the civil war, the process of democracy building and the drafting of a new constitution began, ratified in 1978 with 87.78% of the votes.

His influence is worth noting since thanks to this process Felipe González, who won the elections in 1982 and ruled representing the Spanish political party PSOE, was able to go one step further, focusing on foreign policy. In 1985 the treaty of accession to the European Economic Community (EEC) was signed and in 1986 the effective entry of Spain into the Community occurred. This entry was an event of high significance as the secular isolation of Spain ended.

After the Spanish entry into the EEC, it was time to call the promised referendum of the permanence of Spain in NATO. To ensure its permanence, Spain had to comply with three mitigating conditions: the non-incorporation into the military structure; the prohibition to install, store or introduce nuclear weapons; and the reduction of the North American military bases in Spain. These conditions confronted Felipe González with his political party, causing the resignation of the Foreign Minister Fernando Moran and the dissolution of the political party.  The members who left the party joined, along with other left-wing parties, the Communist Party of Spain and all together formed a new political party called Izquierda Unida. This coalition ran for the general elections in October 1986.

After this accession to NATO, a period of economic prosperity occurred in Spain. For five consecutive years, it achieved the highest growth rate in the entire Community. This fact constituted the most complete and systematic process of liberalization, opening, and rationalization of the Spanish economy after the National Plan for Economic Stabilization in 1959 under Franco’s rule. Besides the economic progress, this accession meant the departure from the international isolation that it had suffered since the Potsdam Declaration of August 1945 and the stabilization of the newly established democracy.

The Potsdam Declaration was a meeting held in Germany in 1945 among the winners of the war: the Soviet Union, the United Kingdom, and the United States. The objectives of the conference included establishing a post-war order. Although Spain was not part of the war, it was affected by this declaration, since Stalin wanted the rupture of any relationship with Franco’s government. After a long debate on whether or not to influence Spain’s internal politics, an agreement was reached that the United States, the USSR, and the UK would oppose Spain’s entry into the United Nations.

As it should be noted, it takes a person to influence a country. In this case, thanks to Adolfo Suarez and Felipe González, among others, Spain went from being a protectionist dictatorship to democracy open to globalization. Thus, opened the doors to various negotiations such as commercial exchanges and investment; strengthened the transatlantic bond; favoured cooperation and protection of the products; and began to form part of international cooperation treaties.

Switzerland’s Mediator Status on an International Playing Field: What is keeping Iran and the US from Violent War

The ‘gauche caviar’ of Pablo Iglesias and ‘Unidas Podemos’